Enter your City name or Pincode

The city of Angul is one of the most important cities in the newly created Angul district of the state of Odisha. It is surrounded by lush green forests and has wildlife in abundance. It is also emerging to be an important industrial and commercial centre. There are many beautiful tourist spots and religious places of worship in this city, making it a tourist destination. Its strategic location and easy accessibility have contributed to the development of a systematic transportation network here. 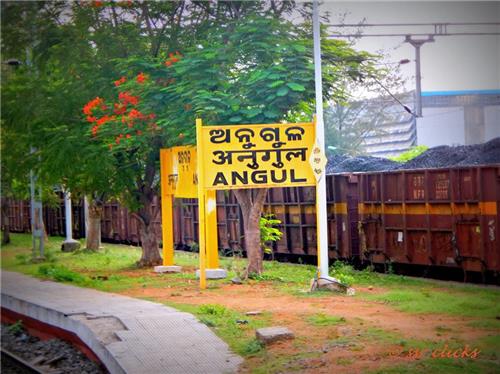 Located at a distance of about 6 kilometres from the city of Angul, the Angul Railway Station is one of the most popular and busiest stations in Odisha, with an average daily passenger traffic of about 5000. This station is situated on the Barang Sambalpur section, covered under the East Coast railway line, and this is a major line connecting the city of Mumbai to Bhubaneshwar. Via regular and frequent trains, Angul is connected to cities like Delhi, Mumbai, Bhubaneshwar, Pune, Kolkata, Surat, Ahmedabad, Cuttack, Puri, Sambalpur, Vishakhapatnam, Amritsar, Raipur, Nagpur, Patna and others.

The Biju Patnaik International Airport, at Bhubaneshwar, at a distance of about 137 kilometres from Angul is the airport nearest to this city and it takes about two and a half hours by road to reach there. Named after the the former Chief Minister of Odisha, this airport is one of the busiest ones in this state. This airport has regular and frequent flights to major cities including Mumbai, Chennai, Delhi, Kolkata, Bangalore, Hyderabad etc run by leading airlines including Air Odisha, GoAir, Air India, IndiGo etc. Savitri Jindal Airport in this city is a public/private airstrip, owned and managed by Jindal Steel and Power.

As it is located at the heart of this city, Angul is well connected to major nearby Indian cities through well-developed network of roadways. National Highway 55 connects this place to Cuttack, while National Highway 23 connects it to Talcher and Rourkela. There are regular bus services available, connecting this city to important cities like Bhubaneshwar, Sambhalpur, Sundargarh, Rourkela, Raipur, Durgapur, Talcher, Cuttack etc. Numerous private travel agencies also offer bus services, connecting Angul to other important places.

Are you a Business Owner?

Add the products or services you offer